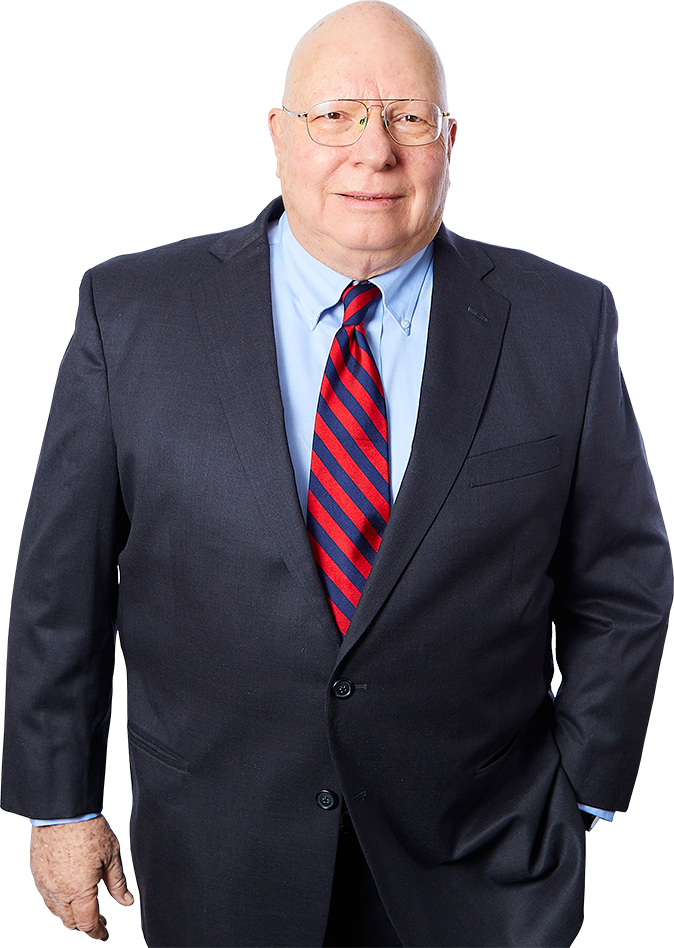 Bill has worked with clients in various fields from railcars to packaging machinery and bio-medical equipment to orthopedic appliances.

Counsel Bill Cunningham has practiced intellectual property law for more than 40 years. Previously, as an engineer, he worked for the NASA Manned Spacecraft Center at Cape Canaveral on the Mercury, Gemini and Apollo projects and he was a structural test engineer at McDonnell Douglas Corp. on the Gemini project and on advanced design projects. Bill has extensive patent prosecution experience in diverse mechanical and electro-mechanical applications.

For the past 25 years, he has focused his practice on patent, trade secret and trademark litigation and licensing. Bill has been the lead attorney in more than 40 different infringement suits, representing patent, trade secret and trademark owners and accused infringers. He has extensive experience in counseling clients on how to avoid infringing the intellectual property rights of other parties.

Bill has many years’ experience in patent prosecution, negotiating and drafting licensing and other agreements and intellectual property litigation. He has been the lead attorney in dozens of court cases involving patents, trademarks, trade practices and trade secrets. He has obtained a jury verdict of $15 million and has obtained several multi-million dollar settlements for patent and trade secret owners.

Bill has litigated cases in many Federal District courts including Missouri, Illinois, Indiana, Kentucky, Arkansas, Georgia, Iowa, Delaware, Virginia, Minnesota, North Carolina, Ohio, Wisconsin, Tennessee, California and Texas. He has argued appeals before the Court of Appeals for the Federal Circuit and before the Seventh Circuit Court of Appeals. In addition, Bill has drafted and prosecuted hundreds of U.S. and foreign patent applications and has argued cases before the Patent Office’s Board of Patent Appeals and Interferences. He has drafted many opinions regarding patent infringement and patent validity and has negotiated and drafted patent and technology licensing agreements, as well as non-disclosure, non-compete and consulting agreements. Many of the cases that Bill has litigated have involved anti-trust claims.

Bill has been selected for inclusion in the “Best Lawyers in America.”

Court of Appeals for the Federal Circuit